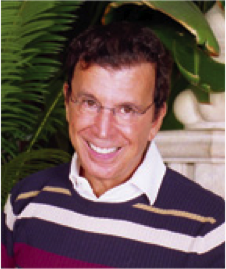 For more than 25 years, Dewey Sadka owned and ran Temp Force, one of the nation’s largest and most successful staffing companies. Frustrated with the inability of other evaluations to predict “who would most ENJOY day-to-day job tasks,” he created a multi-patented system that is now the world’s most accurate career evaluation—higher than Myers Briggs® with a .80+ correlation. His system predicts best occupations and all five global personality factors without language. Over 60 million visitors visited his website last year, with 10 MSN.com and AOL.com features. He is also the author of a series of books through Random House and a well-known national speaker.

2007 – Current : Scientific Advisor to the Portugal-Israel Chamber of Commerce (Porto,

Lange, R., and Lange, X. (2012). Quality control in crowdsourcing: An Objective Measurement approach to identifying and correcting rater effects in the social evaluation of products and services. Paper to be presented at the AAAI Spring Symposium, Stanford University. March 26, 2012.

Arce-Ferrer, A., and Lange, R. (2012). Monitoring the quality of performance assessment raters. Paper to be presented at the 8-th Conference of the International Test Commission (ITC). Amsterdam, The Netherlands, July 3-5, 2012.

Arce-Ferrer, A., and Lange, R. (2012). Effects of linguistic accommodations on mathematics test scores and reported skills diagnostics. Paper to be presented at the 2012 NCME Annual Meeting. Vancouver, BC. April 12-16.

Lange, R. (2010, June 6 – 9). An adaptive scheme for the dynamic Rasch calibration of pilot items. Poster presented at the first IACAT, Arnhem, the Netherlands.

Lange, R., McDade, S., and Oliva, T. (2004). The Estimation of a Catastrophe Model of a Cusp Model to Describe the Adoption of Word for Windows. Journal of Product Innovation Management, 21: 15-32.